An Introduction to NLP at Work 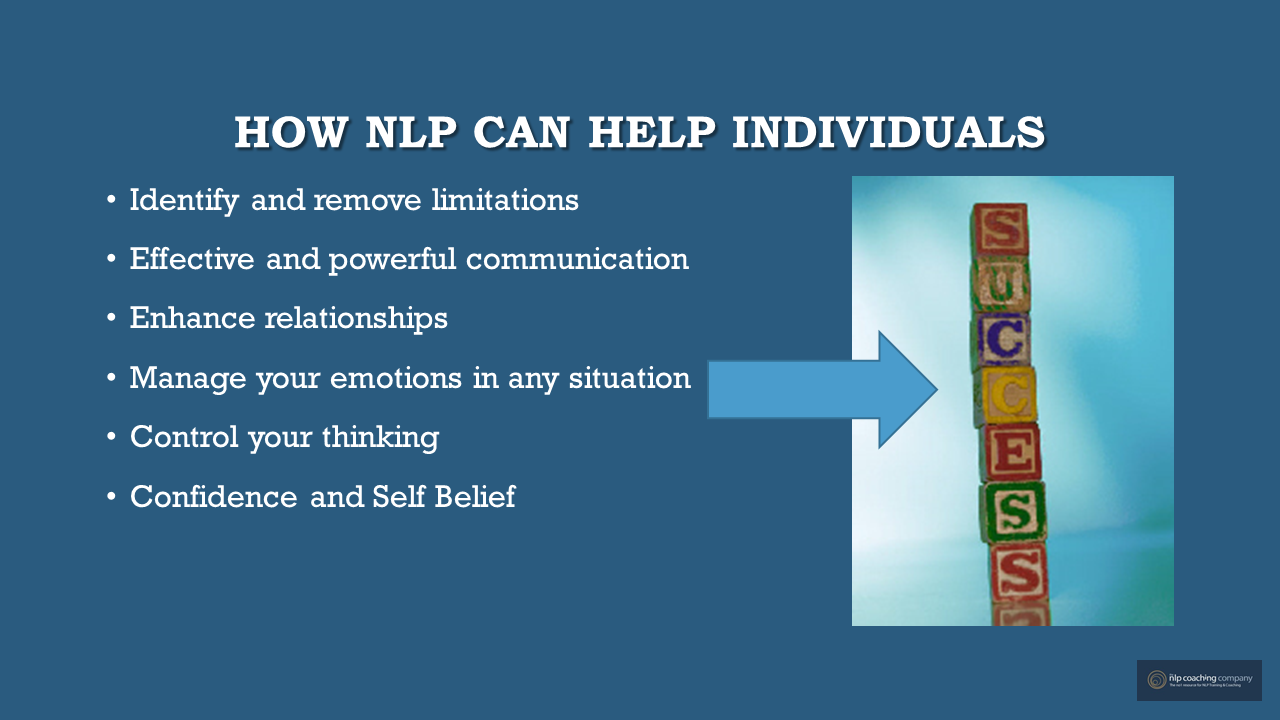 Introduction to NLP at Work

The purpose of this section is to introduce you to how Neuro Linguistic Programming (NLP) can be implemented to support sales, business and service staff, to help increase profitability, individual accountability, personal performance and long-term sustainability of businesses.

Welcome to this insight and intro into NLP in Business.

Various NLP techniques such as anchoring, rapport building, metal models, mirroring, matching, leading, pacing, sub/modalities, representations, etc will be explored in detailed with illustrative examples from a business perspective. All of the NLP Practitioner skill sets are demo'd on video later in the course and they will remain in your resource library for ever.

This intro will conclude with a discussion about setting goals and identifying specific outcome-orientated actions for business.

NLP is a communication framework using techniques to understand and facilitate change in thinking and behaviour. Early study of NLP was of a scholarly nature and promoted NLP as a psychotherapeutic technique, although publication of commercial works in the 1980s signalled a move between the academic and commercial worlds.

While there is no agreed definition of NLP, different formulations share (or practitioners accept) a set of core propositions, initially spearheaded by Richard Bandler and John Grinder in the 1970s, both widely regarded as the forefathers of NLP.

In particular, NLP proposes that our internal representations of the world show a bias for a particular sensory modality (visual, auditory, kinaesthetic, olfactory or gustatory), and that a person’s dominant modality, or preferred representational system (PRS), is signalled through various behavioural indices, particularly verbal expression and eye movement.

A visual person, for example, may say ‘I see what you mean’ whereas an auditory thinker may say ‘I hear what you say’. The central tenet, or hypothesis of NLP is that communication will be more effective, or persuasive, if it is tailored to match the PRS of the target person.

NLP practitioners use the individual’s PRS as a foundation to the development of rapport, to facilitate modelling, elicit well-formed outcomes and use anchoring (or conditioning) techniques. Neuro-Linguistic Programming (NLP) is one of the most powerful sets of tools available for personal and professional transformation according to many prominent writers and researchers (Molden & Hutchinson, 2006; Alder & Heather 1998). Drawn from a wide range of disciplines, including cognitive and social psychology, it enables ordinary people to achieve extraordinary results, be it of a personal nature but increasingly now in businesses and the corporate world.